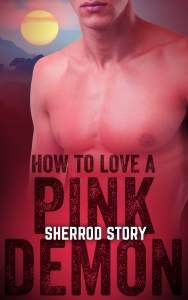 I lied. I said this would publish in December. It’s January. I’m a bum, okay? But gimme a few more weeks, and I’ll rock your world! Or, I’ll try. LOL. Anyway, here’s another unedited snippet that picks up where my last blog leaves off. Let me know what you think!

“Feels good,” said Mitch quietly, and Miles shivered, the deeper timber of his brother’s demonic voice sending a current of happiness down his spine. In his right skin sensory pleasure was much easier to find. “I haven’t changed in over a week.”

“Hell yeah. We’ll get Marshall in on it. He’ll be glad of a good break.”

They ran for miles that night. Then, quickly scouting the tallest tree in the forest, they climbed to drape themselves over its upper limbs.

“What’s got into you then?” Marshall asked after a while.

Miles grunted contentedly. The rough bark of the tree was soothing beneath his cheek as he sprawled with feline ease amidst the leaves. “Wish I knew. Just feel off.”

Now Mitch grunted. “You’ve been off for a bit now. Antsy for work, are you?”

He’d been known to get out of sorts between jobs. He couldn’t help it. He had so much energy he needed to keep busy. Even here, more relaxed than he’d been in months and snug within the bosom of his loving family, he felt itchy.

By rights he should be in top form. His pink skin was cool from the night wind, and had been for the past few nights. At home he could sleep bare, without his human disguise. But it wasn’t enough.

He didn’t, though, not right away. He did, however feel better. Time with his brothers in nature prompted him to extend his visit another week. His family was happy to have him – especially his mom; she compiled another list – and he and his brothers went for a run every night. A few nights his parents came along too.

Safe from prying eyes in the dark quiet of the bush, they playfully stalked small creatures, roughhoused with others and sharpened their claws on the trees they climbed. It was wonderful. He went to sleep each night with a smile on his face.

But he began to dream again. These were more substantive than the mysterious ones from before, stronger too. They woke him up and forced him back outdoors to regain the calm gained on long prowls before he could rest again.

He still didn’t know what exactly the dreams were about though. He recalled a feeling of contentment. The kind he often felt around his family, but this was mixed in with that full belly satiation you feel after a holiday meal, and maybe an orgasm thrown in for good measure. It was like whatever he was dreaming about was capable of filling him up completely, fulfilling every need he had and he few he wasn’t aware of.

Sometimes he remembered a faint, powdery scent, softness beneath his fingertips as he stroked along a creamy curve. So, he knew he dreamt of a woman, which was both comforting and unsettling. He woke up hard and needing, his skin so sensitive even the soft touch of the sheets threatened to make him come. But who she was he had no clue. He wanted her though, badly.

He’d have gone to look for her, but he could never quite see her face. That didn’t stop his subconscious from conjuring all manner of sketchy, half-formed images with which to torture him. He could feel her soft skin, see the outline of a tall, slender body. He sensed power in her, which was its own aphrodisiac, but she was a stranger.

She was real though. She wasn’t just a figment of his imagination, a manifestation of frustration or longing because he hadn’t made love in a while. But how he knew that he couldn’t say.