There’s one key thing about South Korea that has been a boon for my romance writing efforts – office romance is not illegal. It’s still frowned upon, and one should never be too open as it is unprofessional. But if you engage in a bit of nooky – as long as nothing goes bad – you may not get much work done, but you don’t have to worry about getting fired or sued. In this week’s blog – which picks up where last week’s left off – Tan is beyond aggravated by the sudden appearance of our villain Choon Hee. And what does any good hero do when in need of comfort? Seek out the heroine, of course.

Sinna and Tan are super affectionate – mostly Tan, but who has a problem with an openly loving hero? – and everyone in the studio is living for it.

Oh, the picture is of South Korean actor Kim Young Kwang, who you may want to watch in the film “On Your Wedding Day.” I adore tall, lanky men with strong features. He has the most engaging smile, and in that film he is the epitome of devotion.

Let me know what you think!

Choon Hee pretended not to hear. But Choon Hee didn’t hear or see anything she didn’t want to. She was spoiled, vain, and rude, all in all, a pest. She’d begun to aggravate him so persistently, Tan was happy when she left for several months on tour. Once Sinna came on the scene, he forgot about her.

She’s coming to the concert. Hua

He immediately wanted Sinna. These days the feeling was as common as breathing. Irritation or frustration at work? I want Sinna. Happy something is going great? Tell Sinna. See something funny or interesting? Sinna would laugh too.

But work often kept him from seeing her for hours, even days. It was frustrating as hell because when he was in town, they worked in the same building. He usually had to make do with her team. For instance, in Japan, he saw Jon and Saint when they had Cong try on the replacement shirt, and Cressida poked her head in to take a look at things, but his girl remained absent.

It felt weird at first calling her his girl, but one day Saint was looking for Sinna and asked him, “Where’s your girl?”

In his mind, she’d been his girl ever since. That ridiculous Choon Hee couldn’t begin to compare.

During a break he sought her out. Sinna and her team had transformed the dressing room. They did this in every location, rearranging the furniture to give the team optimal space to dress the members in a hurry. The system was far less chaotic than previous concerts, with fewer wardrobe malfunctions on stage. The members were calmer, so their performances were easier. 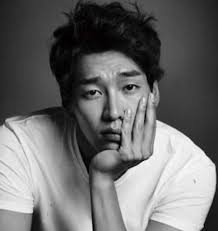 Even the choreographers welcomed Sinna and her team. They had grudgingly tolerated the former costume mistress. The silly woman had persistently interrupted them while they were working, amid other annoyances. Occasionally Sinna did as well, but she was polite, approaching the choreographer first, not the members. She was a true collaborator, he thought proudly.

Sinna smiled, but her hands never stopped buttoning Bik’s shirt. “You say that as though I should be elsewhere.”

“In my arms, but I’m trying to be reasonable.” He gave her a back hug, resting his chin on top of her head.

Cressida sighed, and Saint rolled his eyes, but he didn’t crack any jokes.

“When will you marry me?”

Bik laughed, and still positioned in front of Sinna, reached around her to clap Tan on the shoulder.

“For real?” Sinna asked, unbothered to be casually sandwiched between the two men. “We’re up to our eyeballs in rags that need steaming, and you’re on that now?”

“Yes. I want my ring on your finger and you in my bed.”

Now it was Sinna’s turn to roll her eyes. “Okay,” she warned.

Sinna eyed him through the mirror. “Can you not charm my staff, please?”

Jon laughed and shook his head. “Anyone want a drink?”

“I actually don’t think we need any alterations,” Sinna muttered, eying Bik critically. “Turn for me. Raise your arms. How does it feel?”

He flexed, swung his arms and stretched left, right and above his head. “Yup!”

She pulled Tan’s arms from around her and moved to where Saint was eyeing accessories.

“Too much?” He held up a black spiked belt.

“No, too dangerous. What if someone trips, grabs or falls into someone else? The last thing we need is for someone’s eye to get poked out or to accidentally have their glass skin punctured by a belt.”

Saint laughed. “That would definitely not be good for business.”

“Now about that drink,” said Tan.